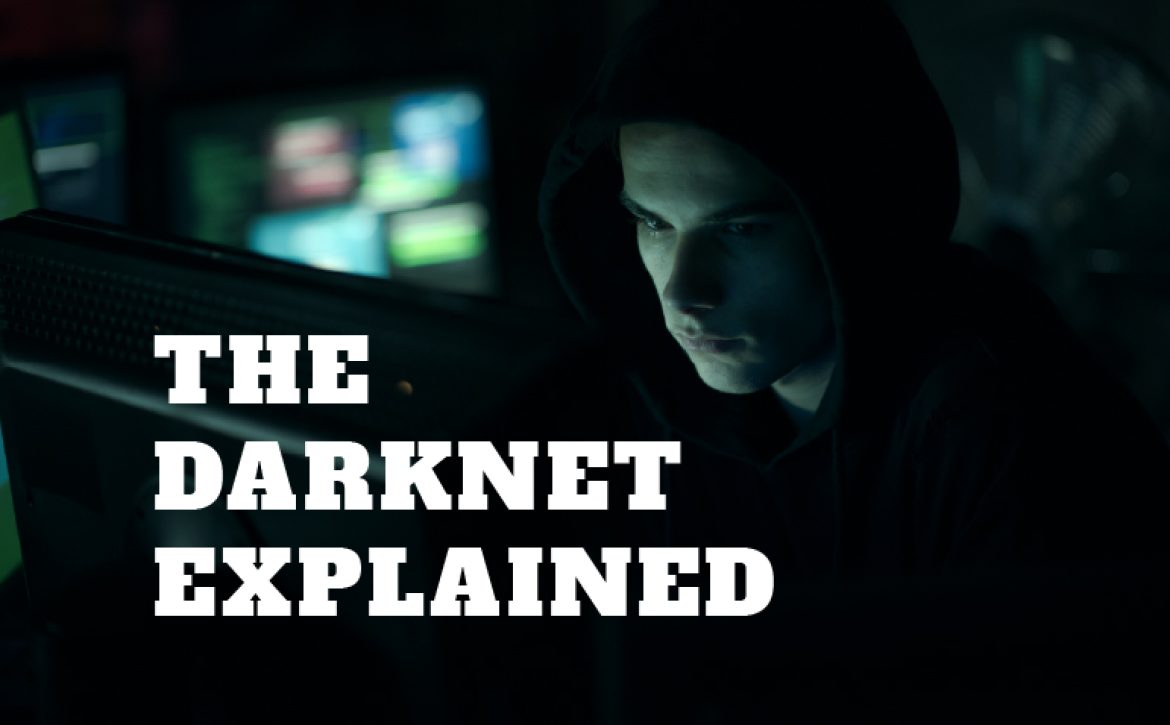 The internet is a vast network of interconnected websites created with specific purposes. There are many portions of the worldwide web that are commonly used, the most popular one being the surface web which only makes up about 5% of the entire online world.

The remaining 95% of the internet is typically known as the Darknet or the Dark Web, and it’s home to several websites that aren’t indexed by search engines like Google. As a result, if you try searching for one of these websites from your regular browser (Chrome, Firefox, etc.), you won’t find it. However, that doesn’t mean these sites don’t exist.

In this article, we will discuss what exactly the Dark Web is and how exactly it works.

The term “Dark Web,” refers to certain online content. The Dark Web is an umbrella term that’s been used by cyber researchers over the last few years to describe websites that are not indexed by search engines, not trackable by traditional security methods, and not accessible through standard URLs. The dark web is often confused with the deep web, but there is a vast difference between the two.

A perfect example of this is a Bitcoin transaction. You can see money leaving your account; it’s just not attached to your name. The dark web is also referred to as the Darknet, invisible web, or hidden web.

Those websites are a part of the deep web – as opposed to the dark web, which is a different category. If a search engine does not index a website, it will not appear on the first page of search results. Instead, it will only be accessible if you have the specific URL of that website written down or bookmarked.

The Deep Web refers to all online activity that is not tracked by search engines. Typically, this will include online databases and password-protected areas of websites. The deep web differs from the dark web in that the latter is designed to be untraceable and unsearchable. Another significant difference between the Deep Web and the Dark Web is that the deep web can be accessed using a standard web browser, while the Dark Web requires special software to be accessed.

The dark web can be accessed using a specially designed browser called a Tor Browser. Tor Browsers allow users to surf the internet anonymously by routing all internet traffic through a series of different computers commonly known as nodes. These nodes are run by volunteers worldwide and serve as a sort of middleman for your internet activity.

When you visit a website through a Tor browser, your computer will first connect to a node. That node will then attempt to connect to the website that you requested. Once that node has connected to the website, it will send the website’s data back through a separate node. The final node will then send the data back to you with the IP address of the original node. This makes it extremely difficult to trace your computer’s IP address and discover your real identity.

How Does the Dark Web Work?

While Surface Web is more easily accessible and hosts many online activities, the Dark Web has a different purpose. Most of the content on the Dark Web is either both illegal or unethical in nature, such as drug trafficking, weapons trading, and child pornography. Because of the illicit activities found on the dark web, numerous cyber security experts have attempted to shut down and control the usage. However, it is tough to regulate the dark web due to its decentralized nature.

The dark web has become a global hub for users who want to remain anonymous. It was first utilized by the US Department of Defense to interact anonymously. Overtime, however, the usage of this dark-side of the web has employed a technique known as “onion routing,” which shields all users from monitoring and tracking by taking them along a random route of encrypted servers. Users who access Tor websites have their information routed through thousands of relay points, hiding their browsing activity and making it nearly impossible to monitor them.

The majority of the content on the dark web is used for illegal purposes. However, there have been a few legitimate uses for the dark web.

Legal Uses: Although utilizing the Dark Web may initially seem or feel illegal, there are many legitimate reasons to use Tor and anonymous browsing. The dark web, for instance, is usually a site for communication that escapes official control and inspection in nations where government surveillance may be used to spy on and oppress political dissidents. Users should exercise caution when visiting the dark web and take appropriate security precautions, such as regularly updating their security software, utilizing a solid VPN, and avoiding the usage of a conventional email address.

Illegal Uses: Due to its anonymity, the dark web is utilized for dubious and even illegal reasons. These include dealing in illegally obtained drugs, firearms, identities, and passwords, as well as illiciting pornography and other potentially hazardous goods. Government authorities have recently shut down several websites that hosted illegal content, such as Silk Road, AlphaBay, and Hansa. Over the past two decades, the anonymity of the dark web has also added to a rise in cybersecurity risks and several data breaches.

Cybercriminals are constantly evolving their attack vectors to find new ways in accessing your data to steal from you. The rise of malicious ransomware attacks in recent years, has been on the rise, with one group earning $50 million in one year alone! Fortunately, the government, law enforcement, and hundreds of information technology specialists are constantly thwarting the cybersecurity and global risks posed by the anonymity of the Dark Web.

Consider working with a knowledgeable cybersecurity partner like Protected Harbor if you’re serious about being at the forefront of defense against cyberattacks and internet threats to national security. We specialize in information technology, cyber protection, and cybersecurity management, plus, we can educate your staff on online safety.

Contact us now to learn more about our cybersecurity strategy and receive a free Cyber IT Audit!