Ransomware is a type of malware (malicious software) that threatens to publish or prevent access to data or a computer system, typically by encrypting it, unless the victim pays the attacker a ransom amount. The ransom demand usually involves a deadline. If the victim doesn’t pay on time, the data is permanently lost, or the ransom is increased.

Attacks using ransomware are all too frequent these days. It has affected both large firms in North America and Europe. Cybercriminals will target any customer or any company, and victims come from every sector of the economy.

The FBI and other government agencies, as does the No More Ransom Project, advise against paying the ransom to prevent the ransomware cycle. If the ransomware is not removed from the system, 50% of the victims who pay the ransom are likely to experience further attacks.

History and Future of Ransomware

The first known attack was initiated in 1989 by Joseph Popp, Ph.D., an AIDS researcher, who attacked by distributing 20,000 floppy disks to AIDS researchers spanning more than 90 countries, claiming that the disks contained a program that analyzed an individual’s risk of acquiring AIDS through the use of a questionnaire.

However, the disk also contained a malware program that initially remained dormant in computers, only activating after a computer was powered on 90 times. After the 90-start threshold was reached, the malware displayed a message demanding a payment of $189 and another $378 for a software lease. This ransomware attack became known as the AIDS Trojan or the PC Cyborg.

A recent report by Tripwire supported the fact that ransomware will keep growing, and the post-ransomware costs will keep climbing significantly. There’s no denying the fact that Ransomware is being used as a weapon, and how ransomware spreads is no longer a mystery.

Modern-day attacks target operational technology, medical and healthcare services, third-party software, and IoT devices. Fortunately, organizations don’t have to be sitting ducks; they can minimize the risk of attacks by being proactive and having a reliable ransomware data recovery infrastructure.

Kia Motors America (KMA) was hit by a ransomware attack in February that hit both internal and customer-facing systems, including mobile apps, payment services, phone services, and dealership systems. The hack also impacted customers’ IT systems that were required to deliver new vehicles.

DoppelPaymer was thought to be the ransomware family that hit Kia, and the threat actors claimed to have also targeted Kia’s parent business, Hyundai Motors America. Similar system failures were also experienced by Hyundai.

On the other hand, Kia and Hyundai denied being assaulted, which is a frequent approach used by victims to protect their reputation and customer loyalty.

In February 2021, a ransomware attack hit CD Projekt Red, a video game studio located in Poland, causing significant delays in developing their highly anticipated next release, Cyberpunk 2077. The threat actors apparently stole source codes for numerous of the company’s video games, including Cyberpunk 2077, Gwent, The Witcher 3, and an unpublished version of The Witcher 3.

According to CD Projekt Red, the unlawfully obtained material is currently being distributed online. Following the incident, the company installed many security measures, including new firewalls with anti-malware protection, a new remote-access solution, and a redesign of critical IT infrastructure, according to the company.

Acer, a Taiwanese computer manufacturer, was hit by the REvil ransomware outbreak in March. This attack was notable because it demanded a ransom of $50,000,000, the greatest known ransom to date.

The Metropolitan Police Department in Washington, D.C., was hit by ransomware from the Babuk gang, a Russian ransomware syndicate. The police department refused to pay the $4 million demanded by the group in exchange for not exposing the agency’s information.

Internal material, including police officer disciplinary files and intelligence reports, was massively leaked due to the attack, resulting in a 250GB data breach. Experts said it was the worst ransomware attack on a police agency in the United States.

On May 7, the DarkSide group infected the organization’s computerized pipeline management equipment with ransomware. DarkSide’s attack vector, according to Colonial Pipeline’s CEO, was a single hacked password for an active VPN account that was no longer in use. Because Colonial Pipeline did not use multi-factor authentication, attackers could access the company’s IT network and data more quickly.

In May, Brenntag, a German chemical distribution company, was also struck by a DarkSide ransomware attack around the same time as Colonial Pipeline. According to DarkSide, the hack targeted the company’s North American business and resulted in the theft of 150 GB of critical data.

The first demand from DarkSide was 133.65 Bitcoin, or nearly $7.5 million, which would have been the highest payment ever made. Brenntag reduced the ransom to $4.4 million through discussions, which they paid.

In May 2021, a variation of Conti ransomware infected Ireland’s HSE, which provides healthcare and social services. The organization shut down all of its IT systems after the incident. Many health services in Ireland were impacted, including the processing of blood tests and diagnoses.

The firm refused to pay the $20 million ransom in Bitcoin because the Conti ransomware group provided the software decryption key for free. However, the Irish health service was still subjected to months of substantial disruption as it worked to repair 2,000 IT systems that had been infected by ransomware.

Also, in May 2021, JBS, the world’s largest meat processing plant, was hit by a ransomware attack that forced the company to stop the operation of all its beef plants in the U.S. and slow the production of pork and poultry. The cyberattack significantly impacted the food supply chain and highlighted the manufacturing and agricultural sectors’ vulnerability to disruptions of this nature.

The FBI identified the threat actors as the REvil ransomware-as-a-service operation. According to JBS, the threat actors targeted servers supporting North American and Australian IT systems. The company ultimately paid a ransom of $11 million to the Russian-based ransomware gang to prevent further disruption.

Kaseya, an IT services company for MSP and enterprise clients, was another victim of REvil ransomware — this time during the July 4th holiday weekend. Although only 1% of Kaseya’s customers were breached, an estimated 800 to 1500 small to mid-sized businesses were affected through their MSP. One of those businesses included 800 Coop stores, a Sweden-based supermarket chain that was forced to temporarily close due to an inability to open their cash registers.

The attackers identified a chain of vulnerabilities — ranging from improper authentication validation to SQL injection — in Kaseya’s on-premises VSA software, which organizations typically run in their DMZs. REvil then used MSP’s Remote Monitoring and Management (RMM) tools to push out the attack to all connected agents.

The ransomware gang LockBit hit Accenture, the global tech consultancy, with an attack in August that resulted in a leak of over 2,000 stolen files. The slow leak suggests that Accenture did not pay the $50 million ransom.

According to CyberScoop, Accenture knew about the attack on July 30 but did not confirm the breach until August 11, after a CNBC reporter tweeted about it. CRN criticized the firm for its lack of transparency about the attack, saying that the incident was a “missed opportunity by an IT heavyweight” to help spread awareness about ransomware.

CNA Financial, the seventh largest commercial insurer in the United States, announced on March 23, 2021, that it had “experienced a sophisticated cybersecurity attack.” Phoenix Locker ransomware was used in the attack, which was carried out by a group called Phoenix.

CNA Financial paid $40 million in May 2021 to regain access to the data. While CNA has been tight-lipped about the specifics of the negotiation and sale, it claims that all of its systems have been fully restored since then.

There are two main types of ransomware:

How to Spot a Ransomware Email

You now know about the various types of ransomware attacks that have been perpetrated against individuals and businesses in recent years. Many of the victims of the ransomware attacks we’ve mentioned became infected after clicking on links in spam emails or opening malicious attachments.

Never open email attachments from senders you don’t trust, and never click on links in emails from untrustworthy sources. If the attachment asks you to activate macros, proceed with caution. This is a popular method of ransomware distribution.

Do not pay the ransom if you are the victim of a ransomware assault. Paying the ransom demanded by cybercriminals does not guarantee that your data will be returned. After all, these are crooks. It also strengthens the ransomware industry, increasing the likelihood of future assaults. You will be able to restore the data that is being held to ransom if it is backed up outside or in cloud storage.

The ransomware includes a particular file extension, you can point it out with some of the extensions defined below 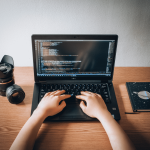 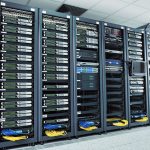 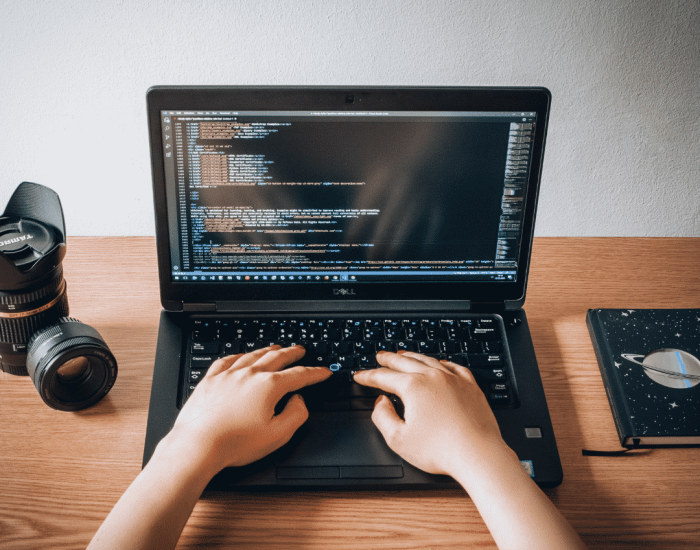 Best Tips to Protect yourself from Ransomware 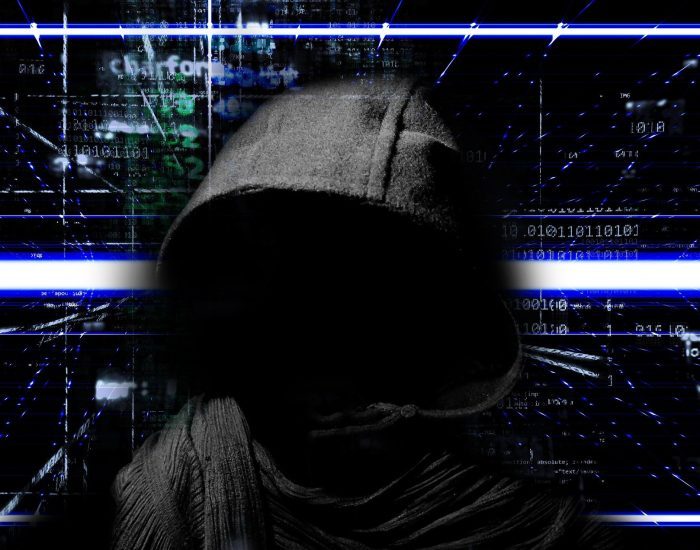